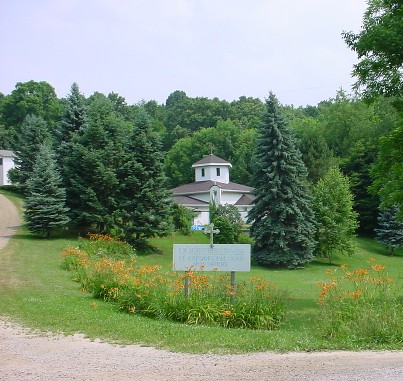 The Monastery of Saint Gregory Palamas was established in 1982 by his Eminence Metropolitan Maximos, the Greek Orthodox Bishop of Pittsburgh, and is located in the agricultural country of northeastern Ohio, about 15 miles east of Mansfield. The regular cycle of monastic worship services is conducted primarily in English. Orthodox laymen can stay in the limited guest facilities for a few days, participating in the life of the monastery — the prayer, the work, the silence and the direction of a monastic confessor. This is the ancient traditional service of monasticism to the body of the church, and is perhaps this monastery's special contribution to the Greek Orthodox Archdiocese and generally to all Orthodox Christians. The monastic community has now grown to eight: three priestmonks, two monks and three others in various stages of discernment and training. The monastery is supported in part by sales of the beeswax candles made there.
Colony Collapse Disorder

May 6, 2021  |  By Marie A.
First purchase of 36 tapers for Easter '21: Perfect! These solid, natural color 12-inch candles, even unlit, have the subtle fragrance of pure, unaltered beeswax. Will definitely purchase again this November when our desert temperatures moderate. God bless the men of this monastery.
Marie A.