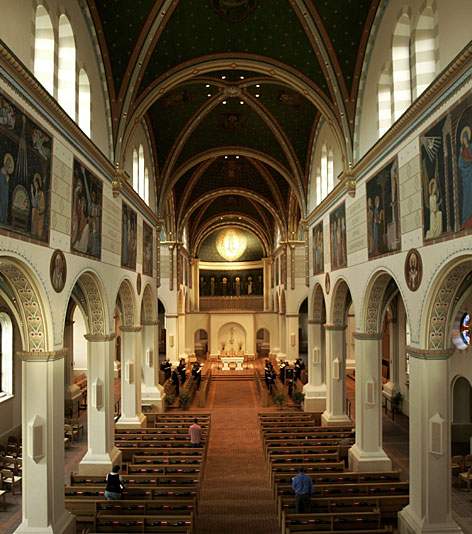 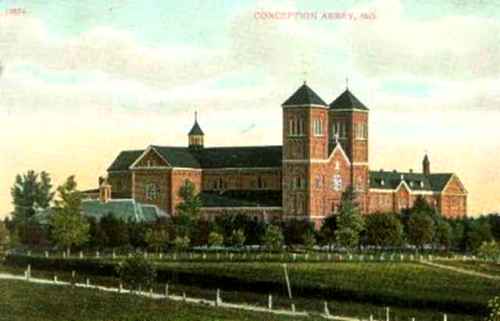 St. Francis was born in the Italian city of Assisi in 1181 or 1182 to a wealthy merchant family and baptized Giovanni di Pietro Bernardone. He was renamed Francesco by his father. After a wild and carefree youth, he was taken captive during a war between Assisi and the neighboring city of Perugia; he was imprisoned and ill for a year, and his mind began to turn to religion. Upon his ransom and release, he renounced his family's wealth and privilege, and took the Gospel as his rule of life, dressing in rough clothes, begging for his sustenance, and preaching purity and peace. Francis called for simplicity of life; poverty and humility before God. He began to attract followers, even in the materialistic culture of the day, and with papal blessing, founded the Order of Friars Minor or "little brothers" (Franciscans), based on a simple statement by Jesus: "Leave all and follow me." In 1212 Clare of Assisi became his spiritual student, which led to the founding of the Poor Clares. Francis expanded the order's ministry beyond Assisi, making missionary journeys preaching conversion and forgiveness, which he saw as the means of peacemaking. He traveled to Spain, France, Switzerland, Dalmatia, and even to Syria, the Holy Land, and Egypt during the Fifth Crusade. He tried to be a peace-maker between the Christians and Muslims, going so far as to enter the camp of the Sultan, again preaching conversion of heart and forgiveness. He reached out to and revered all created things, preaching to the animals and birds and fish with compassionate love. St. Francis died in 1226. He is known as the patron saint of animals, the environment and Italy.
Write a Review