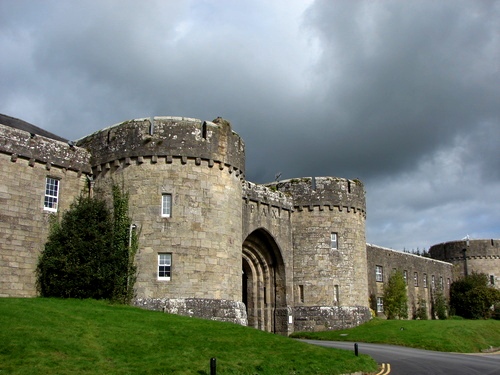 The Abbey, which is dedicated to Saints Joseph and Columba, is home to 50 monks. Prayer and liturgical celebration combine with managing a boarding school for boys, a farm, and a guest house. The Abbey is known for its collection of Russian and Greek icons and for its many chant and music recordings.
Glenstal Abbey Truffle Flavors:

Aug 4, 2021  |  By KAREN W.
The first box of these sort-of "boozie" truffles was initially a Christmas gift to my husband from our daughter. He was so taken by them, terming them the best chocolates he has ever had, that he got a box for Father's Day from our cats and another box for his birthday. I have only been able to either be gifted or resort to stealing one or two from each box to taste them myself. He covets them and protects them like fine jewels. We have a world-class candy maker in my home town in western Pennsylvania that I have always proclaimed the best chocolate from anywhere. In my opinion, these chocolates are right up there in the same league.
KAREN W.