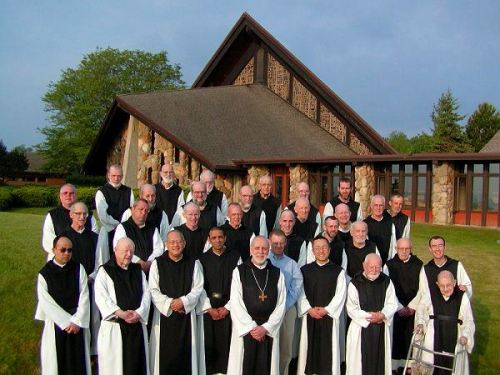 The monks are dedicated to the worship of God in a hidden life within the monastery following the Rule of St. Benedict. The monastic community supports itself by the common work of baking bread and other products. In addition, the brothers help out on the farm and with cooking, laundry, cleaning, hospitality, formation of new members, and care of the sick and elderly of the community. The community is cloistered and has no outside ministry. Guests are received for quiet, private retreats at the retreat house.
Cheddar Cheese Baguette Crisps Ingredients: Wheat Flour, Water, Cheddar Cheese (Pasteurized Milk, Cheese Culture, Salt, Enzymes and Annatto [Annatto Extract, Color]), Extra Virgin Olive Oil, Yeast, Salt, Sea Salt.