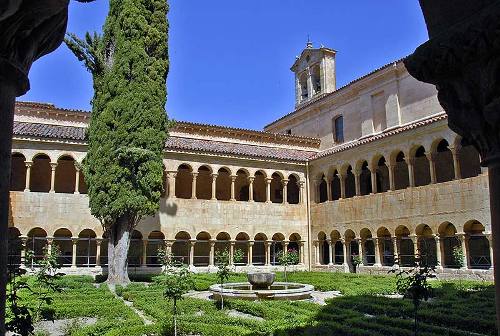 The Abbey of Santo Domingo de Silos is a Benedictine monastery in northern Spain, which dates from 929, when it was dedicated to Saint Sebastian. It declined following Muslim raids, but was restored under the leadership of Saint Dominic of Silos (ca 1000–1073), who was abbot of the monastery, and after whom it was later renamed.

In 1835, the Abbey was forced to close under local political pressure, but by 1880, a group of monks from the Abbey of Saint-Pierre de Solesmes in France arrived to reestablish monastic life. The Solesmes monks also re-founded the choir under their own then newly-devised guidelines for plainchant singing, which is still the recognized standard for Gregorian plainsong performance within the Catholic Church. The Chorus of Monks of the Monastery of Silos has long been recognized as one of the finest in the world; they began to make recordings as early as 1957. They became internationally famous with the issue of several Gregorian chant albums in the 1990s, most famously Chant.
Write a Review