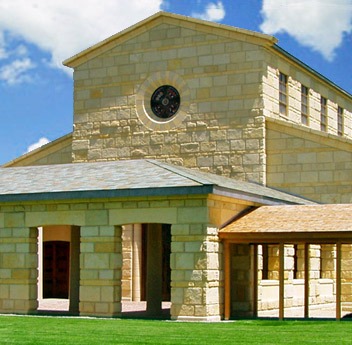 Begun in the early 1960s by two Episcopal women who were influenced by the charismatic movement of the time, the community is governed by a "Rule of Life," patterned in the Benedictine spirit. "Householders" take monastic vows of stability, conversion, and obedience, and "Brothers" and "Sisters" take additional vows of poverty, chastity and absolute obedience. About a dozen ordained clergy from a variety of denominations serve the community under the direction of the prioress, Mother Betty Pugsley.
Christmas

7 reviews
WISH THEY WOULD MAKE THESE AWESOME CANDLES YEAR ROUND!

Apr 3, 2021  |  By Nancy
We LOVE these candles and have bought them every year for the past few years. We have given them as gifts as well. They smell divine and burn well. Very well made candles! We wish they would offer these year round! Any possibility with offering these more often throughout the year?? Hope so!
Nancy

Aug 5, 2016  |  By Mrs S.
For me this is the perfect candle! A beautiful blue color and the scent is calming; reminding me of being in church. Thank you! I wish I had more!
Mrs S.

Mar 29, 2016  |  By Russ
This is a nice candle and comes very close to actual frankincense. The fragrance is slightly faint though.
Russ

Feb 27, 2016  |  By lucy
Love the light delicate scent of both these candles. Scent promotes meditation and prayer. Reminds me of the smells at Mass. I've given this set as Christmas gifts.
lucy

Jan 15, 2016  |  By SUSAN K.
I gave the Frankincense and Myrhh candles as a gift to a spiritual mother. She was delighted! They smell so good!
SUSAN K.