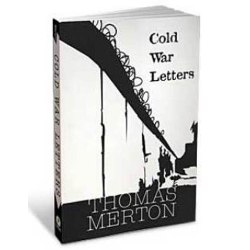 Published in book form for the first time, these 111 letters to friends, peace activists, artists and intellectuals were written in the early 1960s at the height of Cold War tensions. Originally distributed in mimeographed form (after he was forbidden to publish his thoughts on peace), they reflect Merton's prophetic insight and effort to create a community of concern to counter the forces of fear and destruction. Uncannily relevant for today. Paperback, 206 pages.