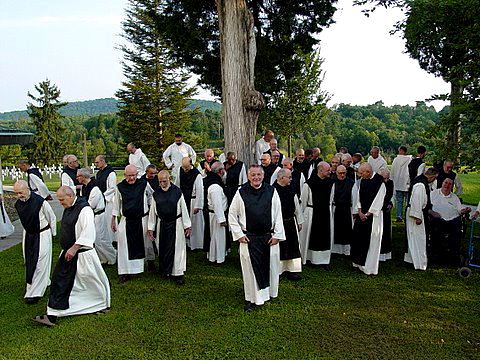 Abbey of Our Lady of Gethsemani: Trappist, Kentucky

Located south of Bardstown, Kentucky, the Abbey of Gethsemani is the oldest Trappist monastery in America (founded from France's Melleray Abbey in 1848), and likely the most famous as well. Gethsemani's fame stems primarily from its most famous resident: monk, author, and spiritual icon Thomas Merton. Since Merton's death, Gethsemani has grown from a home for contemplative Cistercian monks into a center of inter-religious dialogue, and a place of pilgrimage for people of all faiths and none.

The monks earn their living by making cheese, fruitcake, and bourbon fudge. As is usual in monastic life, those with particular talents are encouraged to use them; thus the monastery is a home to musicians, artists, gardeners, craftsmen. Work, seen as service, is assigned by the abbot, and preference is given work favorable to prayer. 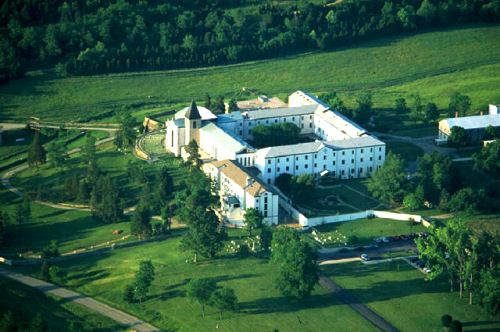