Check out beers from Spencer Brewery - the only Trappist brewery in the USA!
Home/Books / About Monastic Life/About Living the Monastic Life at Home/Rise Up With a Listening Heart (hardcover) 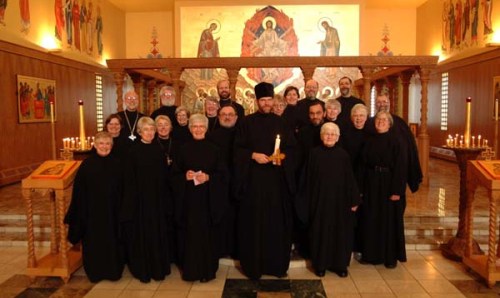 New Skete is a contemplative monastic community of men and women living within the tradition of the Orthodox Church in America. They consist of the Monks of New Skete, the Nuns of New Skete, and the Companions of New Skete. The three communities live in separate houses within three miles of each other outside the village of Cambridge in upstate New York. They gather twice daily for services, chanting the Orthodox liturgy a capella in four-part harmony.

New Skete's history begins in 1966 with a group of Byzantine Rite Catholic Franciscan monks who left the Franciscan Order to set up a more authentically Byzantine house. In 1969 a group of Catholic "Poor Clares" (Franciscan nuns) joined them, becoming a sister monastic house. In 1979 the monks and nuns were received into the Orthodox Church in America. In 1983 a group of married couples and widows joined, forming what has become known as the Companions of New Skete.

The New Skete communities breed, raise, and train German shepherd dogs, as well as training all breeds at their kennels. All three communities produce gourmet food products, in addition to selling music and translations for church services. The communities also offer hospitality to visitors and pilgrims. 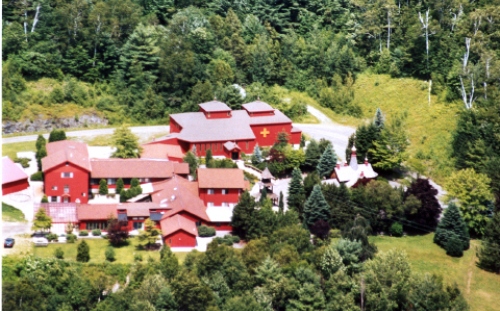